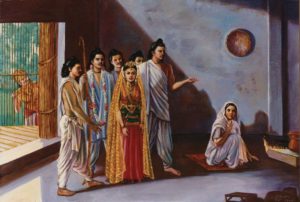 In the epic Mahabharata, Draupadi had five husbands. However, she was considered the purest woman in the world and praised by all. This is because she had a special boon. She has to spend a year with each of her husbands and at the end of every year, she gets into the Agni fire and become a virgin again. This shows the obsession of Indian men with virgins.

Let us take a look at the history and why Indians tend to make a big deal out of the concepts of virginity.

In ancient times, sex was not considered a taboo topic, and it also seems that the concept of a woman’s hymen being intact was not considered to be the measure of “purity”. People on those days where quite open-minded with regard to sex, with various instances in the Mahabharata characters indulging sex in open, incest, and so on. 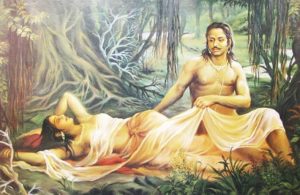 Even in the same epic Mahabharata’s Adiparva states that ” if an unmarried woman expresses her desire to have sex, it must be fulfilled.” 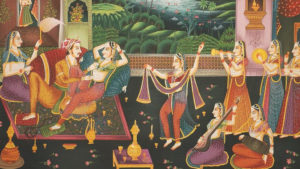 The middle age India had something of double standards towards virginity. Especially, the thoughts varied with regards to empires and sultanates that ruled from Captial India (Delhi).

It was considered that as a sign of a king’s virility to have a large harem, with that his wives had to be virgins at the time of marriage unless they were widows. On the other hand, the slave women who were inducted into the harem need not be necessarily virgins. In fact, the reputation for sexual expertise given by previous landlords increased their value. 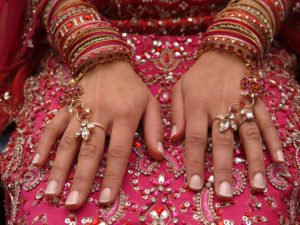 The view of virginity has arguably the most conservative even in modern India, it is directly linked to the moral values and principles. Even today, we can see various news cropping up about “virginity tests” of women conducted in different parts of India.

Did you know? there are different types of virginity tests that women are undergone even today. Some of them are listed here. 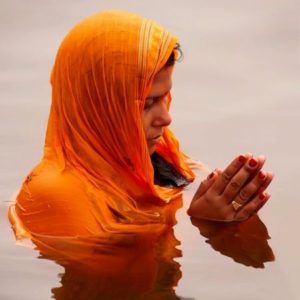 In certain communities to certify a woman is a virgin, their make woman holds her breath underwater while a person walks a hundred steps. This practice was later denied by The International Rehabilitation Centre for torture victims  by describing the act as a “gross violation of women’s rights and one that may amount to ill-treatment and torture under international law.” 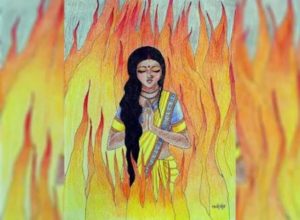 Next comes the agni pariksha, in this test, the woman has to carry a red-hot iron pot in hand and walk on a fire mat. If she fails to complete the task or leave it in mid-way then she is considered impure. The failed woman are forced to disclose 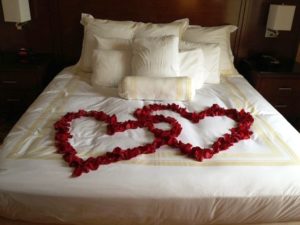 This is a commonly known test to find out whether a bride is a virgin or not. On the day of marriage first night, a white sheet or thread is placed on the bed, when the newly wed couple consummates their marriage life. The next day morning, the family elders locate the traces of blood on it. If they find the blood-stains then it is proved that the girl was a virgin.

And the list goes on… If a woman fails to clear any of these tests then she is considered to be impure and obliged to announce the person name with whom she had a pre-marital sexual relationship. And the in-laws have to decide whether the bride can be in their family or not. 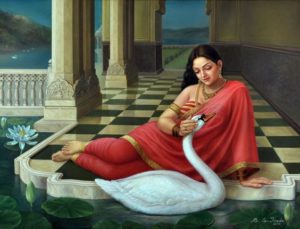 As this kind of virginity tests reduces the women dignity and hurts they self-respect, these practices are reducing gradually. Even though the attitude of the current generation towards virginity is slowly changing, there are several women in urban areas undergo-“rehymentation”( a reconstruction surgery for restoration of the hymen- after a failure of a love affair), so that they will stay “pure” in the eyes of their husband.

A girl is considered to be virgin only if her hymen is intact, but in research says that hymen is extremely sensitive that it can be broken while dancing, playing sports, sitting astride on two-wheelers etc.?

With the rise of sex education in early ages, Indian youngsters are developing an open mindset towards sex and started considering that virginity alone is not a necessary quality of their spouse. 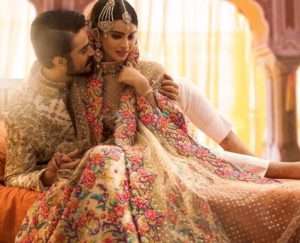 Today it is no more a taboo topic and people are coming forward with optimistic opinions. With that, we would like to share the story of how men are obsessed with women’s virginity? in her words.” Hi, I’m Shalini, Software Engineer by profession. I have been brought up from a contemporary family and my parents are broad minded in their thoughts. One fine day, my parents came up with a marriage proposal and arranged for a get-together. The groom and the family members came and all things were fine. Succeeding all the formal talks of both the family members, we were allowed to have a private talk. After minutes of silence, he opened up with a question “Are you still a virgin?” I was like “Does it matter?”. He said that “a woman’s purity is based on her virginity and I want a virgin wife”. Though the horoscope match was good, our thoughts did not match, so I decided to call off the marriage.

She also stated that Virginity is the first morality demanded from an unmarried woman in India. 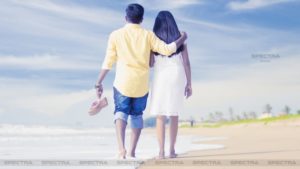 On the other hand, many Bollywood celebrities have boldly disclosed their extramarital affairs and when the age their lost they virginity.

First comes Ranveer Singh who once claimed in an interview that he was 12 years old when he lost his virginity. He is the first A-list actor in Bollywood to endorse a condom brand and it is also stated that he always carries a condom in his wallet. 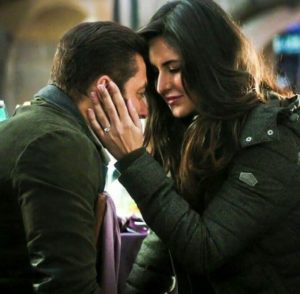 Other than this, actresses like Deepika Padukone, Nargis Fakhri, Sonam Kapoor, Twinkle Khanna has given an open statement about their sexual affairs and thoughts towards virginity.

Though this generation is developing an open-mindset towards virginity and sexual affairs, this situation needs to gradually reach a point where people understand that it is an individual choice to remain a “virgin” or not and it is not a symbol of identification of a girl’s character and purity. Comment below your suggestions and opinion on women virginity in India.